This is the most daring trend of 2014. Stemming from the word allegory, which is defined as “a representation of an abstract or spiritual meaning through concrete or material forms” Allegoria is symbolic, ritualistic and sacred. The theme has a soul that conjures medieval and mythical spirits.

The jewellery is allusive and sculptural with intricate details. Constructed around the beauty of geometry and primitive instincts, this collection encompasses ancient philosophies.

Contrastingly, the colors of stones used represent a modern sense, moving away from the gothic era. The palette includes, intense rust, fiery flame, shocking ultramarine blue and off white.

Cross Gender reflects the ever-changing, multi-faceted and complex moods of today’s consumerism. It explores the resistance of stereotypes and mixes them to challenge conventions. Modern youth and its exciting energy fuel this trend. Cross Gender focuses on surrealism, ludicrous fantasy and the imagination of alternative universes.

The trend concentrates on gender fusion and futuristic visions and expectations.

The influence of Asia is the target for the contemporary, Zen-like trend of Minimal East.

Asia’s preoccupation with ancient crafts and innovative technology drives this neo-minimalist trend. It is contemplative and re-examines the cultural roots of today’s rapidly transforming world. 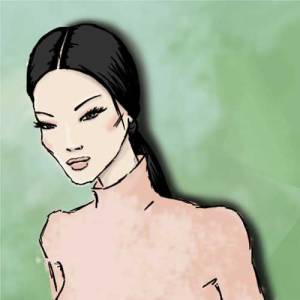 Using soft, subtle tones such as gray-green, borealis grays, fresh jade greens and a startling hint of Chinese lacquer red, this trend direction is sophisticated and meticulous in style.

This trend celebrates the global stage by embracing African inspirations and mixing them with Brazilian styles and techniques.

Drawing on sculpture from ancient civilizations, and using provocative colors such as amethyst, turquoise, ruby and coral, these gemstones are mixed with earthy tones of brown and deep and bright green. 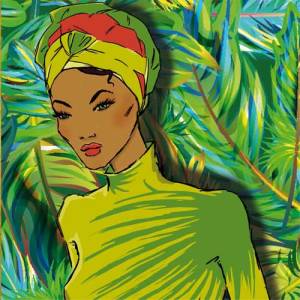