These elegant Swarovski Crystal earrings were designed by Val Hirata and were inspired by the look and style of Marie Antoinette, the queen of France. Some of  the components you may already have in your bead stash. For the ones you still need to get visit Eureka Crystal Beads’ free beading projects page. You may download free instructions of  Marie Antoinette Earrings from the project’s page.

Described by many as “likeable and honest” princess,  Marie-Antoinette, was married to the future king of France Louis XVI when she was just 15 years old. The future king was only 16. 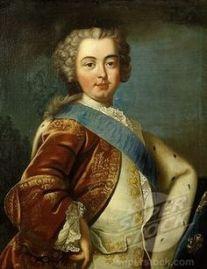 The young couple soon came to symbolize all of the excesses of the reviled French monarchy, and Marie Antoinette herself became the target of a great deal of vicious gossip. To this day she remains one of the most misunderstood and fascinating figures of the history of Versailles.

As a queen she was marginalized and given very few official duties. She dedicated herself to the organisation of the court’s entertainments throwing lavish parties, socializing and indulging her extravagant tastes. She liked to wear stately dresses and fashionable jewelry.

The queen progressively attracted the scorn of public opinion up to her tragic death during the French Revolution.